Urban Grocery was founded on July 5, 1994.  Richard originally was a delivery agent and also worked for one of the first grocery delivery services in Washington, DC, the Happy Mind Shop at Home Service.  When that company closed in June of 1994, Richard and his wife Stacey determined to continue home grocery delivery by offering the service themselves.

Customers originally ordered by telephone and fax.  All customers used a paper catalog, and the first ones were produced with Microsoft Word, which was quite a process!  UrbanGrocery.com was first up and running in 1999.  The early re-order system was a simple text file that customers could fill the quantities in on.  It was low tech, but it worked.
In 2001 Urban Grocery began developing its delivery software to allow other grocery stores and independent delivery services to use it’s software and system  Currently, the Urban Grocery Delivery System  (UGDS) offers the most cost effective and efficient way for Grocery Stores and Independent Delivery Services to launch and operate an online delivery service.  UGDS is provided as a Software as a Service, making it available from any internet connected device worldwide.

Doing good is an important part of the culture of Urban Grocery. In 2002 Urban Grocery co-founders Richard & Stacey Urban founded Urban Life Training.  The mission of Urban Life Training is to raise youth leaders to develop good character and to model and teach about the benefits of sexual abstinence, in preparation for marriage and successful family formation.

Today, Urban Grocery LLC provides the Urban Grocery Delivery System for grocery stores, grocery delivery services farms and CSAs throughout the United states.  Our goal is to provide a cost effective delivery system at a reasonable price so that more businesses can benefit consumers by providing delivery or pick up service. 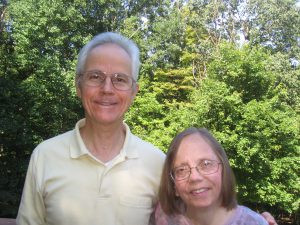